Dialogue of partners on business protection 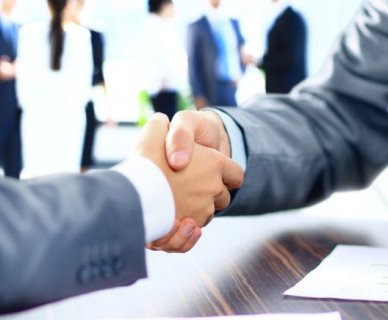 The First Forum of Business Ombudsmen of Kazakhstan and Russia, held in Astana, has become a constructive platform for the exchange of views, experiences and achievements in the field of protection of the rights of entrepreneurs.

Overcome the problems together

A memorandum between the Business Ombudsman of Kazakhstan and Russia on mutual assistance in protection of the rights of entrepreneurs was signed on 10th of June 2016 in Moscow. At current moment, the interaction of countries in this area has resulted in a great deal of practice. Thanks to the joint work, we managed to protect property rights and legitimate interests of business entities on the territory of Kazakhstan and Russia, joint meetings were held in Moscow and Atyrau. However, new realities require new approaches to the issues of interaction between the state and business, which is relevant both for the RK and the Russian Federation.

As Boris Titov, the Commissioner under the President of the Russian Federation for the protection of the rights of entrepreneurs, noted in his speech, in fact, all the problems faced by entrepreneurs in our countries are very similar, and therefore they need to be overcome jointly.

– For the Russian Federation, Kazakhstan's experience in regulating business, changing the business environment and improving the investment climate is a clear example of how this should be done. We highly appreciate the efforts of our partners to reduce the control and supervision functions of the state apparatus. The legislative changes aimed at creating an optimal business environment are also impressive", - Boris Titov said.

The Russian Business Ombudsman also noted that the Institute for the Protection of the Rights of Entrepreneurs, which now has 38 representative offices at the federal level, is gaining popularity in the business community of the Russian Federation. However, the reforms conducted at the legislative level in Russia are taking place with the active resistance of the state bodies, who see their tasks in regulation, and not in helping the business. They are fiercely defending their supervisory functions, the number of which is about 2 million, and they do not want to hear about the surrender of their regulatory positions.

For comparison: in Kazakhstan by 2018 it is planned to reduce the number of inspections by 30%, which will amount to no more than 70 thousand types of inspections, and by 2020 this amount will be reduced by another 10%.

In his speech, the chairman of the board of the National Chamber of Entrepreneurs "Atameken" Ablay Myrzakhmetov told his Russian colleagues how effectively the Chamber carries out its mission as a constructive "bridge" in the dialogue between the state and business. He noted that in Kazakhstan practice the consideration of complaints of entrepreneurs on certain issues is conducted in close cooperation with the Prosecutor General's Office and the Agency for Civil Service Affairs and Anti-Corruption.

–The main essence of our joint work is to show the bureaucratic apparatus the inevitability of punishment for unauthorized actions in relation to business. At the same time, great efforts are being made to ensure that state agencies become effective service structures for rendering services to entrepreneurs, bodies that promote, and not impede the development of business", - the head of NCE stated.

Kazakhstan's Business Ombudsman Bolat Palymbetov, who spoke at the forum as a moderator, emphasized that at present there are more opportunities for the development of small and medium-sized businesses in the border areas of our countries. Therefore, it is necessary to do everything possible to make business here feel as free as possible in its economic activities. And the task of state bodies is to stimulate and service this business activity, which is of great benefit to the economies of countries.

Work – is the best remedy against crimes

Vice Minister of National Economy Serik Zhumangarin, Deputy Prosecutor General of RK Marat Akhmetzhanov, Deputy Chairman of the Agency for Civil Service and Anti-Corruption Activities Alik Shpekbayev, representatives of the delegation of business ombudsmen from 40 regions of Russia, the Prosecutor General's Office of the Russian Federation, The central office of the business ombudsman of the Russian Federation also delivered their speeches at the forum.

The main goal of the forum is the exchange of useful experience between countries in the field of reforms, as well as the search for optimal solutions to protect the rights of entrepreneurs and build a constructive dialogue between business and government.

As Alik Shpekbayev noted, over the years of market reforms in Kazakhstan, the control functions of the state apparatus were cut by half, it was possible to break such notorious disease of state bodies as "conflict of interests". The main priority of the current institutional reforms is the protection of constitutional rights and freedoms of citizens on the basis of efficiency and pragmatism. The country began a large-scale audit of control and supervisory functions with the formation of a new type of public employee.

February this year, the President of Kazakhstan, Nursultan Nazarbayev, noted that enforcement bodies initiate a lot of economic cases, half of which are subsequently terminated. But each case, as is known, is accompanied by seizures, searches, audits, asset seizures and other actions. Investigations last for years. The question is, can the business survive after this? Practice shows that almost half of the companies that fall into these "millstones" cease to exist. At the same time, people who worked there remain unemployed.

–To reverse the situation, we ordered prosecutors to verify the legality of registering cases within 24 hours. If there are no grounds, then these cases should be stopped immediately. But not all understand it still. Only in Karaganda 24 investigators of the Economic Investigation Service were punished, 9 of them were dismissed. Similar measures have been taken in other regions of the country. In addition, we have banned the initiation of investigations where there is a civil dispute or there are no acts of tax audit and revision", - Deputy Prosecutor General of the Republic of Kazakhstan Marat Akhmetzhanov said.

As a result, as it was noted, the number of criminal cases initiated against entrepreneurs decreased 4-fold. So, if 3 893 criminal cases were registered for 6 months of 2016, then for the same period of 2017 this figure was reduced to 989 cases. If earlier every month, on average, more than 800 economic crimes were recorded, now it is only 200.

According to Marat Akhmetzhanov, the investigation of a case should not interfere with the production activities of the enterprise. At the same time, only the court can determine the guilt of an entrepreneur, and the task of the investigation is to gather evidence. But this should be done so as not to allow the suspension of business and loss of jobs. During the forum, two agreements were signed: the first - between the Business Ombudsmen of Kazakhstan and Russia on mutual assistance in the protection of entrepreneurs' rights and the provision of information in the field of entrepreneurship, the second - between Atameken and the Prosecutor General's Office of the Republic of Kazakhstan on cooperation in the joint detection and resolution of systemic problems of entrepreneurs.