Reduce not control functions, but the number of state bodies 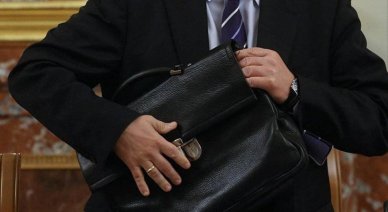 Officials and businessmen once again tried to find a common language in the issue, where the state control should end.

As an example, Kyzylorda region is quoted, where JSC KazTransGas Aimak, when approving the technical conditions for connection to gas supply, required the installation of a meter worth 20 million tenge. After the entrepreneur's address to the state bodies and the Chamber of Entrepreneurs, the technical conditions were revised, and the cost of the meter was only one million tenge. This, according to the Agency for Civil Service, deliberately created obstacles for the work of business.

Almaty residents call their "heroes". Here, according to the Chamber of Commerce of the southern capital, by the Akim’s decree dated by 31st of May 2016 LLP "Almaty Zharnama" with the participation of the state is the sole renter of advertising structures in Almaty. Along with this, LLP actually performs the functions of the state administration of architecture management in terms of approving documents for the placement of outdoor advertising and control in this area. Although the provision of advertising services is not included in the list of activities carried out by legal entities in communal ownership, or more than 50% of shares or participations in which belong to the state. The head of the regional Chamber of Entrepreneurs in Almaty, Yuri Tleumuratov, suggests conducting an audit of the company in connection with the delaying of its privatization and bringing to responsibility the workers of the Almaty akimat who violated the law.

There were examples in Kostanay region when the departments of agriculture did not give full information about the rules of subsidizing and the company remained without money (Read more: http://www.abctv.kz/ru/news/dengi-mestnogo-znacheniya). As it was stated, many problems in business are caused by the relationship with the Department of State Architectural and Construction Control (GASK). And this despite the fact that in 2015 in the region the ex-head of the regional department of the State Oil Company Alexander Yen was convicted for nine years for bribery. In 2016, ex-akim of Kostanay Akhmetbek Akhmetzhanov was sent to the colony for 13 years. Two of his deputies were also behind bars, as well as several businessmen, who created a whole scheme of kickbacks for getting their contracts.

"All these shamefull cases that you have now voiced, we need to send orders to the competent authorities, it is necessary to consider the responsibility. No violation should remain without consideration", - Alik Shpekbayev commented.

Entrepreneurs name audits of supervisory bodies as one of the most acute issues. The study of law enforcement practice shows that there are many gaps and collisions in the laws. For example, Article 629 of the Tax Code does not regulate the procedure for renewing a tax audit. There are risks of deliberately delaying the tax audit. Kostanay regional department of civil service and counteracting corruption gave an example when, in July 2015, a tax audit was scheduled at “Toro” firm. In August of the same year, it was suspended, but it was only renewed eight months later. This, according to the head of the regional civil service department Berik Bekzhanova, it greatly complicated the work of the enterprise.

The Ministry of National Economy notes that today in all checklists a much wider range of inspections has been included. For example, in 83 requirements in the sphere of sanitary and epidemiological safety of the population, more than 11,000 inspections are hidden, which are in sanitary rules. In this regard, the Ministry of National Economy conducts analysis of checklists in order to optimize and reduce them.

"We conducted a great reform in the sphere of state control. We switched to the notification system. The number of different permits in two phases was reduced by 30%. But when we made an inventory of more than 1000 licenses and permits at the first stage, the inventory of the second stage found the same number of documents. That is, some state agencies have reduced this list, others have restored this list by any means", - says Chingiz Akhmetov, deputy director of the business development department of the Ministry of National Economy of the RK.

As a result, according to him, the problem was solved through the adoption of the law on permits and notifications.

"In some countries, even in the post-Soviet space, not functions are reduced, but control and supervisory bodies. Even Belarus went for it", - commented Alik Shpekbayev.

If to rely on the opinion of the National Chamber of Entrepreneurs (NCE) "Atameken", then most of the complaints of entrepreneurs are still connected with the sphere of land relations. Business advocates confirm their assessments by the results of anti-corruption monitoring, which the Chamber conducted by the results of work in 2016. Indeed, in the sphere of land relations, the bodies of legal statistics then recorded 225 corruption crimes. For the first quarter of the current year 108. Growth is one and a half folds.

"There is a problem. I met with citizens in Kostanay region. I must say, 80% complained on land issues. Most often, when allocating land plots, it is related to bribes, fraud, abuse of official authority", - said Alik Shpekbayev, deputy chairman of the Agency for Civil Service and Anti-Corruption.

The Chamber of Entrepreneurs of Mangistau region named a number of the most common problems faced by entrepreneurs in all areas of the country. One of them is the extension of the lease of land plots. As practice shows, akimats take different decisions: one contract is extended for one year, another for five years, the third is completely denied. The second is the redemption of land: entrepreneurs often do not understand the reasons for refusal to one and the approval for others. The Regional Chamber of Entrepreneurs proposed to develop standards of public services and to prescribe in the document all the conditions under which an entrepreneur has the right to purchase a land plot. The third is obtaining land for commercial purposes. Akimats refuse, sending to the auction, but the land plots are not put for sale.

The head of the Chamber of Entrepreneurs of Mangistau region Olzhas Korzhauov proposes to oblige the akimats either to set the land for auction or to offer the businessmen an alternative. The business suggests to create a map of large land users in Kazakhstan, similar to the subsoil user map.

The Agency for Civil Service Affairs recognizes that the main reason for such disappointing results of work in 2016 and the deterioration of the situation this year is the imperfection of the legislation. After all, the prerequisites for the emergence of situations, voiced in appeals to state bodies, in 70% of cases are the gaps or collisions of legislation. Only a third of the problems arise due to imperfections in administrative and managerial regulations.

They hurry to solve the issues of regulation of land relations and business development also because in 2018 rural districts will receive budgets, which means they will have to work with the allocation of funds, collection of taxes and other revenues. However, Alik Shpekbayev says that the village is not yet ready in fact:

"They do not talk about anything, except for six types of taxes. Although the possibilities are very large".

He suggests to consider the possibility to train once again specialists of rural akimats in regional training centers.

The state body does not rule out that it may be necessary to revise a number of laws and regulations that regulate, in particular, the sphere of land relations. As Alik Shpekbayev points out, they will report on the problems to President Nursultan Nazarbayev in the national report, which the agency is preparing today.

Any use of materials is allowed only if there is a hyperlink to abctv.kz