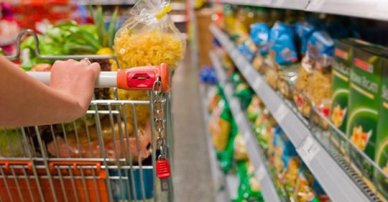 The introduction of a new accounting system, laid down within the Eurasian Union, may lead to an increase in the price of goods, according to businessmen from the trade sector. The innovation is called a “virtual warehouse” and requires additional costs, they emphasize.

For entrepreneurs working in the field of trade, this year, accompanying invoices for each unit of goods imported from foreign countries should become mandatory, which was not previously the case. In addition, businessmen had to install a special system “Virtual Warehouse,” which allows online tracking of the movement of goods in the taxpayer’s warehouse. Kostanay businessmen appreciated the introduction of innovation in each store from 1.5 to 2 million tenge, because new programs simply do not work on old computer versions.

“Registration of invoices for goods sold through the “Virtual warehouse” module is very difficult, it takes a lot of time, the costs of attracting and increasing the price of goods increase, so at the moment there is a rise in prices and there is a decrease in consumer demand. Both in the city and in the village there is a shortage of qualified personnel who can work with the database, programmers,” says Natalia Lapshina, Director of Kward LDT LLP.

According to Natalya Lapshina, she has 4 shops, the innovations cost her 20 million tenge, and small rural shops cannot afford it. So, in her opinion, this may lead to their closure.

“Yes, we all understand that we need to keep up with the times, but we would like the existing business not to suffer from sharp leaps in modernization, but to survive and scale,” said Natalya Lapshina.

The National Chamber of Entrepreneurs knows about the problem. Moreover, from October 1, 2020, the obligation to draw up accompanying invoices for goods should have been introduced not only during the shipment and transportation of excisable goods, such as alcohol, tobacco, oil products, but also during its sale. But the term was postponed.

“Unfortunately, it is not possible to remove this obligation, because this is an obligation of Kazakhstan within the framework of the Eurasian Union. We wrote to the authorized bodies that, in theory, it will be introduced from October 1 of this year, but the Ministry has issued an order, now this duty is postponed, it does not start immediately for all goods, but with alcohol and tobacco,” said Rustam Zhursunov, Ombudsman for the Protection of the Rights of Entrepreneurs of the Republic of Kazakhstan.

Entrepreneurs, in turn, offer to confirm the goods received from the wholesale company with a simple mark in the electronic system and ask to exempt from reporting for each unit of goods sold. But it is not yet known what the officials will decide in the end.