Customs control should not be a barrier 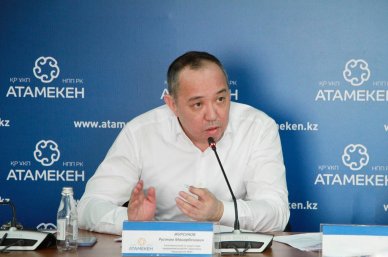 Adjusting the customs value of goods remains on the agenda of the business.

Rustam Zhursunov wrote on his Facebook page about the work being done to facilitate the passage of customs control for business.

The Office of the Business Ombudsman, together with the Public Procurement Committee, developed the following documents:

An agreed list of measures was also developed to eliminate the problems of using cost indicators of the risk management control system (RMS), which included the following steps:

Three issues remain open: delegation of authority to clear open issues in the field; methodology of risk formation, that is, arbitrage; digitalization of databases. The implementation of these measures is planned on an ongoing basis with the final deadline for the development of these methods within a month. On the issues of amending the Customs Code, all amendments have been prepared and are being worked out at the site of the Mazhilis of the Parliament.

“I am very pleased that the Chairman of the SRC of the Ministry of Finance of the Republic of Kazakhstan, Sultangaziev Marat Yeleusizovich, promised to give a command to all territorial bodies of state revenues that decisions on OECD countries will be made locally, new customs approaches will be worked out so that business does not suffer. Regarding companies with a good customs and tax reputation, which have been working for more than one year and have already established themselves in the market, which have no arrears in payment of payments and taxes, there are no facts of bringing to administrative and criminal liability, etc., control will be carried out after the release of the goods without fear that they will “disappear,” the Business Ombudsman said.

In addition, the Ombudsman for the Protection of the Rights of Entrepreneurs noted that today the issue of integrating customs information into a single purchase window is being discussed:

“In his last message to the people of Kazakhstan, the head of state asked all government agencies and the quasi-public sector to focus on a single procurement window. In “Atameken,” there is such a product – “one-stop shop,” which unites five main purchasing sites. There is access to more than 100 thousand goods, works and services.

If some of the customs information is also loaded into this system, then we will see information from third countries, exporters, and information at customs. Customs wants to centralize everything as much as possible. This approach requires discussion. I believe that it is imperative to use the resource for digitalization of the single purchase window. "

Summing up the results of the meeting, it was decided to create a telegram chat “Customs value” to discuss and solve problems. There is hope that the problem will be resolved,” concluded Rustam Zhursunov.