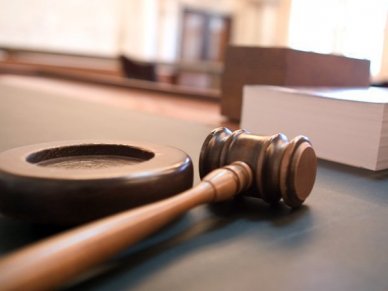 The responsibility of officials for violations related to impeding business activities will be strengthened.

Representatives of regional chambers of entrepreneurs “Atameken” and regional prosecutors took part in the conference call, which took place the other day at the General Prosecutor’s Office of the country. The Ombudsman for the Protection of the Rights of Entrepreneurs, Rustam Zhursunov, also took part in it. In his speech, he voiced the systemic problems that exist today in the field of land relations and architecture. The Business Ombudsman also spoke about the frequent complaints of entrepreneurs caused by the actions of tax authorities filing lawsuits to invalidate transactions.

“The number of such claims is only growing from year to year,” Rustam Zhursunov emphasized. “Moreover, in recent years, we have seen practically zero statistics on criminal and administrative cases related to the obstruction of entrepreneurial activity. Articles 365 of the Criminal Code and 173 of the Administrative Code do not work.

In this regard, the Business Ombudsman appealed to the prosecutor’s office with a proposal to develop, jointly with the regional chambers of entrepreneurs, action plans, with the help of which responses would be coordinated in the most problematic areas. For example, today entrepreneurs are actually limited in obtaining land plots due to the lack of detailed planning projects and outdated master plans of settlements. According to Rustam Zhursunov, the development of joint action plans in accordance with the instructions of the Head of State given in the Address to the people of the country will provide proactive protection of business.

In turn, the Deputy Prosecutor General of the Republic of Kazakhstan, Bulat Dembaev, instructed the regional prosecutors to take personal control over the consideration of entrepreneurs’ appeals. We are talking about a qualitative analysis and revision of business appeals requiring the intervention of the prosecutor’s office. As the Deputy Prosecutor General assured, according to their results, measures of prosecutorial supervision or response will be taken with the raising of the question of the responsibility of the guilty officials (up to criminal).

- For non-execution, as well as improper execution of the act of prosecutorial supervision, the issue of the responsibility of the first head of the state body will be considered under Article 667 of the CAP, he said.

Bulat Dembaev instructed regional prosecutors to take personal control over the high-quality implementation of the roadmap measures to protect business, developed by joint efforts of the National Chamber and the Prosecutor General’s Office, and also make constructive proposals for its filling for the coming year.