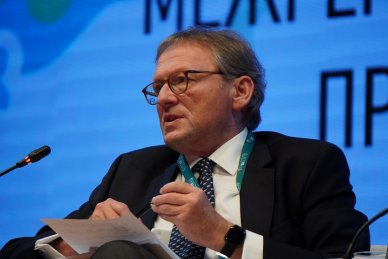 Photo by Yevgeniy Konovalov, Small and Medium Business Forum of the SCO member states and BRICS

On September 26, the Russian Presidential Envoy for Entrepreneurs’ Rights Boris Titov spoke at the Fifth Forum of Small and Medium-Sized Businesses of the SCO member states and BRICS, ombudsmanbiz.ru reports.

Titov told the participants about the experience of the Institute of the Envoy for Entrepreneurs’ Rights in Russia. "We learn from each other and help each other. Illegal criminal prosecution of business is a problem that exists throughout the former Soviet Union. To a large extent, it is inherited from the ideology that did not accept the institution of entrepreneurship itself," he said.

Nevertheless, many countries in the world should envy the presence of Article 108 in the Russian Criminal Procedure Code. The article was once adopted as part of a package of laws on humanization of criminal legislation in the economic sphere. As a result, according to this article, entrepreneurs in Russia cannot be arrested, and they cannot be subjected to a preventive measure in detention. Of course, there are even greater problems with the enforcement of this article, but its very existence is a great merit of the state," Boris Titov said.

In this area, we learn from our Kazakh colleagues. Reform in this area in Kazakhstan has led to a sharp reduction in the number of criminal cases against businesses. Complete reconstruction of the system of law enforcement agencies, increasing the role of the prosecutor's office, the introduction of a special investigative body that deals only with economic affairs. Unfortunately, we haven't achieved such a breakthrough in Russia yet, but it's a matter of the future," Titov said.

"In the field of administrative regulation, Russia is on the verge of very big changes. We are talking about a "regulatory guillotine", cutting off all the excessive requirements of regulatory authorities. Nobody can name their exact number, but according to our estimates, today they are more than two million. Again, we should be guided by Kazakhstan's experience: the number of mandatory requirements there has been reduced to 30,000, and today the control and oversight bodies of Kazakhstan operate exclusively within this list,” he said.

I have heard about a very interesting experience from a colleague from Uzbekistan. There was a legislative decision that all business inspections should be coordinated with the institution of the Business Ombudsman. This is not a priority task for us in Russia, and the prosecutor's office is coping with this work. The main problem is that there are still loopholes in the system, with the help of which the control and supervision authorities are bypassing the restrictions of the prosecutor's office. All kinds of quasi-checks - under the Code of Administrative Offences, investigations, monitoring have equaled, if not exceeded, the number of scheduled and unscheduled inspections entered in a single register,” Boris Titov said.

Titov recalled the creation of the "Index of Administrative Pressure on Business in the Regions", which is being actively studied by regional administrations, in particular, in Bashkortostan, as well as the development of draft laws and proposals for regulations in various areas of regulation by the Institute of the Envoy for Entrepreneurs’ Rights.