Procedure for crossing the Kazakh-Russian border will change 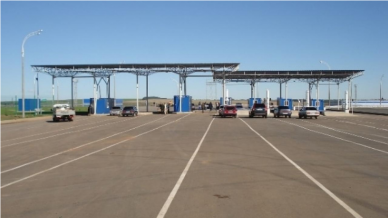 The corresponding draft law was approved by the Parliament of Kazakhstan, Kursiv.kz reports.

Senate deputies ratified a protocol on amendments to the agreement between the governments of Kazakhstan and the Russian Federation on the procedure for crossing the Kazakhstan-Russian border by residents of border areas.

"The document aims to simplify the procedure for crossing the border. It makes it possible to cross the border with an identity card and address certificate. Whereas, earlier at checkpoints, it was required to present an identity card or passport, and a citizens' registration book. For many residents of the border regions of our country, Russian district and regional centers are located closer than the regional centers of Kazakhstan. We should bear in mind the human contacts between relatives, close people and neighbors living in two countries," Deputy Foreign Minister Marat Syzdykov said.

According to him, there are 51 official checkpoints with Russia today, including 30 automobile checkpoints, 20 railway checkpoints, and one river crossing checkpoint.

In addition, the draft law provides 105 border crossing points for residents of border regions. According to the Deputy Minister, these checkpoints are crossed by a thousand residents a day.

He reminded that in 2006 the authorities signed an intergovernmental agreement on crossing the Kazakh-Russian state border by residents of the border territories of the two countries, which provides for the order and a list of documents for crossing.

However, later, in connection with changes in the domestic legislation of the Republic of Kazakhstan related to the cancellation of the citizens' registration book, the so-called house book, and the introduction of the address certificate there was a need to make changes to the said agreement.